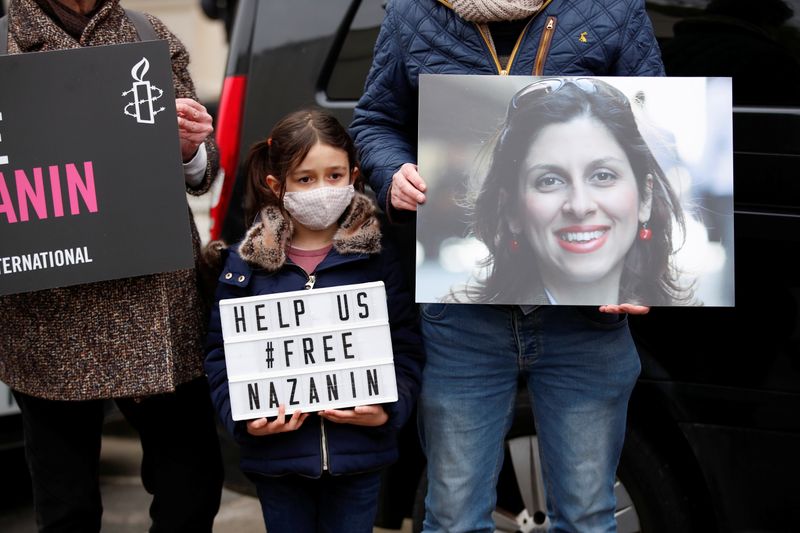 "Her trial was held at branch 15 of the Revolutionary court. Her charge is propaganda against the system," he said.

"The trial was held in a calm atmosphere with the presence of my client … The legal defence was made … I am very hopeful that she will be acquitted."

Iran had released Zaghari-Ratcliffe from house arrest last Sunday at the end of her five-year prison sentence, but she had been summoned to court again on the other charge.

Zaghari-Ratcliffe, a project manager with the Thomson Reuters (NYSE:TRI) Foundation, was arrested at a Tehran airport in April 2016 and later convicted of plotting to overthrow the clerical establishment.

Zaghari-Ratcliffe, who served out most of her sentence in Tehran's Evin prison, was released last March during the coronavirus pandemic and kept under house arrest, but her movements were restricted and she was barred from leaving the country.

Last Sunday, Iranian authorities removed her ankle tag, but she could not leave the country.