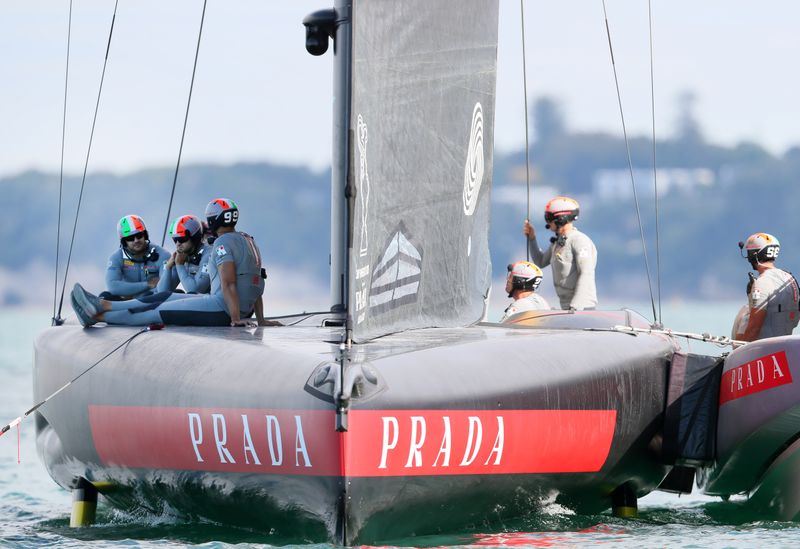 (Reuters) – Races on the fourth day of the 36th America's Cup were postponed due to low wind speed off the coast of Auckland, its organisers said on Sunday, after the start of racing had already been delayed due to a COVID-19 lockdown in Auckland.

The match will now resume at 1615 local time (0315 GMT) on Monday, the organisers added, with defending champions Team New Zealand (TNZ) and challengers Luna Rossa locked at 3-3 in the competition's most even match for almost 40 years.

The lower wind limit for America's Cup racing is 6.5 knots and the breeze failed to rise above that level in a sustainable manner, forcing organisers to abandon racing for the day.

"It's very close to being sailable but just not there. You can't choose the weather."

TNZ rallied to outclass Luna Rossa and make it 3-3 in light winds on Saturday after the Italian challengers had dominated the day's opening race.

The last time an America's Cup match was locked at 3-3 was when Australia II beat Liberty 4-3 in Newport in 1983.

The start of this year's America's Cup was delayed by four days after the government imposed a lockdown on New Zealand's biggest city Auckland due to a new local coronavirus case.

Luna Rossa were beaten 5-0 the last time they faced the New Zealanders for the America's Cup in Auckland 21 years ago.