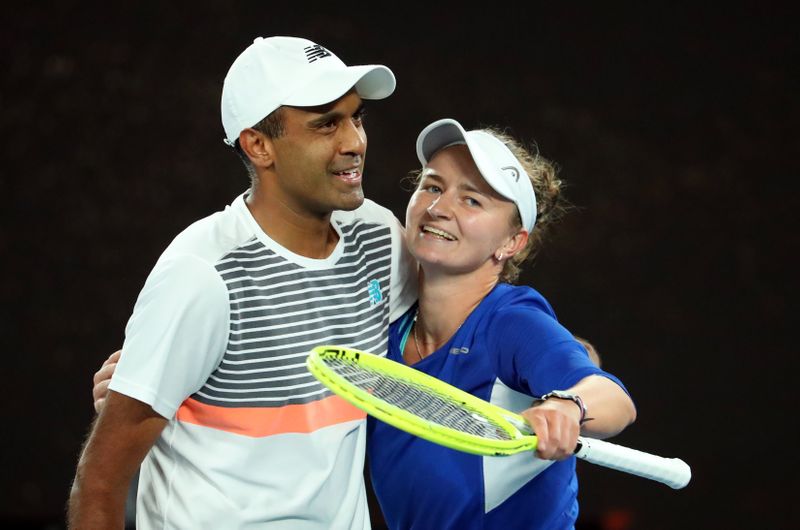 The sixth seeds dominated from start to finish and did not drop serve in the match as they cruised to a 6-1 6-4 victory in 59 minutes at the Rod Laver Arena, bringing the surprise run of the hometown pair to an end.

It marks Krejcikova's third straight mixed doubles title at Melbourne Park after she triumphed with Ram in 2019 and Nikola Mektic last year, capping a successful fortnight for the Czech, who also reached the women's doubles final with compatriot Katerina Siniakova, losing to Elise Mertens and Aryna Sabalenka.

Ram will return on Sunday to defend his men's doubles crown with British partner Joe Salisbury against Croatian Ivan Dodig and Slovakia's Filip Polasek in the final.