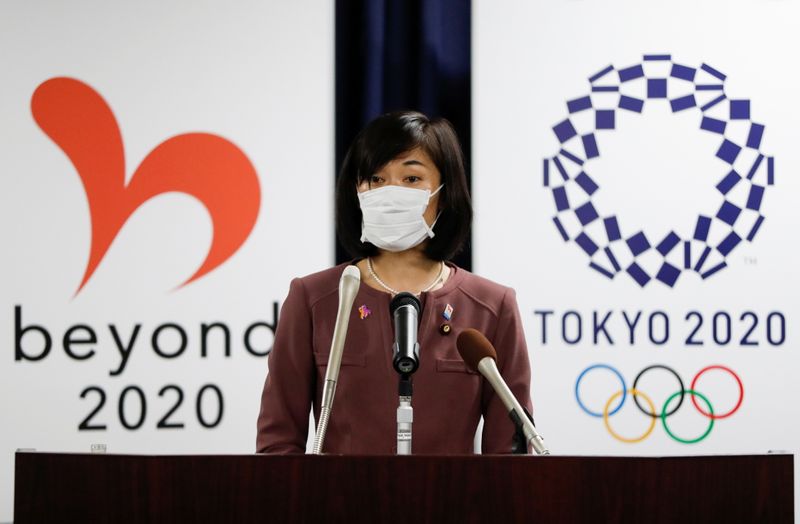 TOKYO (Reuters) – Japanese athletes at the Summer Olympics will not be eligible for coronavirus vaccinations offered by China since Japan has not approved the vaccines, Olympics Minister Tamayo Marukawa said on Friday, according to public broadcaster NHK.

IOC President Thomas Bach's announcement during an online session took organisers of the Tokyo games, such as Chief Executive Toshiro Muto, by surprise. Muto declined comment on the offer at a Thursday briefing after the session.

On Friday, Marukawa said there was no change in Tokyo organisers' plans for a safe Games, regardless of whether participants had been vaccinated.

"I think that will be a decision for countries where Chinese vaccines have been approved," NHK quoted Marukawa as telling a regular news conference, speaking on the issue of whether athletes would receive the vaccinations offered by China.

"I don't know of any Chinese companies that have applied for approval in Japan," she added, saying Japanese athletes would not be eligible.

"We are taking comprehensive anti-infection measures so that people can feel secure about participating in the Tokyo Games, even without a vaccination," the broadcaster quoted her as adding.

"There is no change that we are proceeding on the assumption of people not getting vaccinations."

The Tokyo Olympics are set to run from July 23 to Aug. 8, after being postponed for a year because of the COVID-19 pandemic.