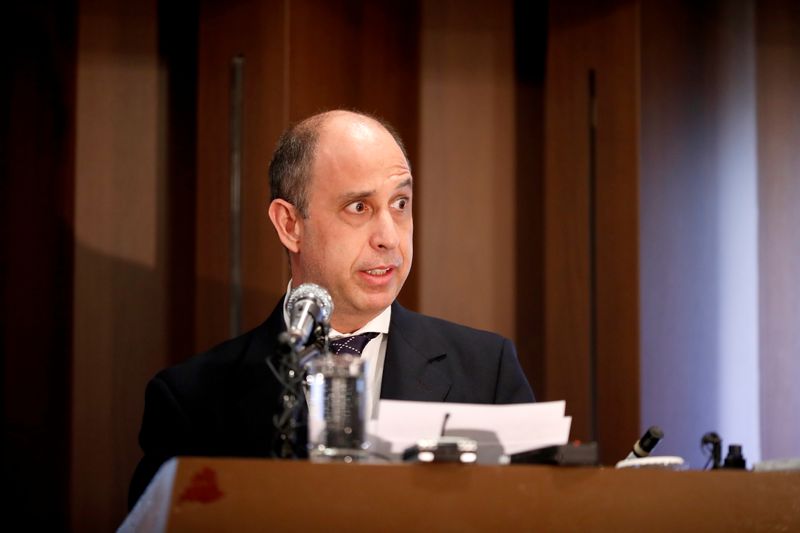 North Korea, which has yet to report any confirmed COVID-19 cases despite sharing a border with China, has imposed border closings, banned most international travel and severely restricted movement domestically in the past year.

"The further isolation of the Democratic People’s Republic of Korea with the outside world during the COVID-19 pandemic appears to exacerbate entrenched human rights violations," Tomas Ojea Quintana, U.N. special rapporteur on human rights in the country, said in a report seen by Reuters on Wednesday.

He urged North Korean authorities to ensure that the "negative consequences of prevention measures do not become disproportionately greater than the impact of the pandemic itself".

There was no immediate reply to a Reuters query to North Korea's mission to the United Nations in Geneva. Pyongyang does not recognise the U.N. investigator's mandate and has previously rejected U.N. allegations of crimes against humanity committed by the state.

"There have been shortages of essential goods, medicines, agricultural inputs for farming and raw materials for state-owned factories," he said, voicing concern that typhoons and floods last year could lead to a "serious food crisis".

"Deaths by starvation have been reported, as has an increase in the number of children and elderly people who have resorted to begging as families are unable to support them."

Humanitarian operations have nearly ground to a halt and only three international aid workers remain in North Korea while relief goods have been stuck at the Chinese border for months due to import restrictions, he said.

North Korea is to receive 1.7 million doses of the AstraZeneca (NASDAQ:AZN) vaccine via the COVAX facility by the end of May, allocation figures from the GAVI vaccine alliance and World Health Organization (WHO) showed on Tuesday.