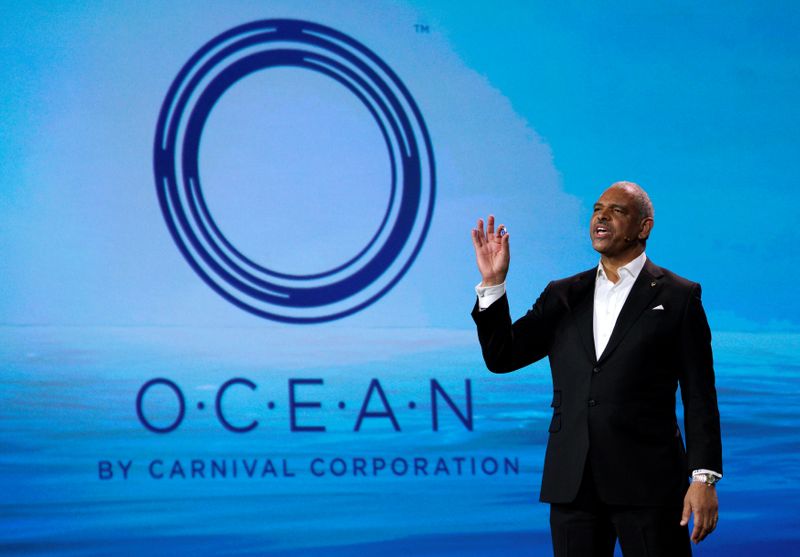 © Reuters. FILE PHOTO: Arnold Donald, CEO of Carnival Corp., holds up the company's new Ocean Medallion, a small wearable for their cruise ship passengers, during his keynote address at CES in Las Vegas

(Reuters) – Carnival (NYSE:CUK) Corp Chief Executive Arnold Donald anticipates at least two more tough years for the cruise industry, which is unlikely to return to pre-pandemic levels until at least 2023, the Financial Times reported on Sunday.

The cruise company's full fleet might be sailing by the end of this year but it will take longer to recover to pre-crisis revenues, Donald told the newspaper in an interview.

Carnival in January reported a bigger-than-expected preliminary fourth-quarter net loss as business was brought to a virtual standstill by the coronavirus outbreak.