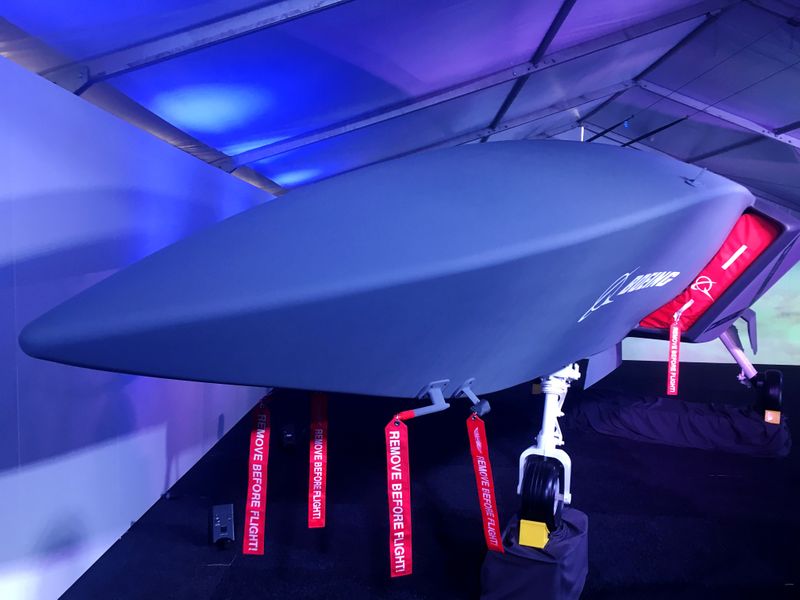 SYDNEY (Reuters) – Boeing (NYSE:BA) Co and the Royal Australian Air Force (RAAF) said on Tuesday they had completed the first flight test on a pilotless fighter-like jet designed to operate in conjunction with crewed aircraft.

The "Loyal Wingman", the first military aircraft to be designed and manufactured in Australia in more than 50 years, flew under the supervision of a Boeing test pilot monitoring it from a ground control station in South Australia.

The Australian government has invested A$40 million ($31 million) in development of the product, which Boeing has said could be customised for other global customers.

Boeing's Loyal Wingman is 38 feet long (11.6 metres), has a 2,000 nautical mile (3,704 km) range and a nose that can be removed to fit various payloads. It can carry weapons and act as a shield to help protect more expensive manned fighter jets.

Defence contractors are investing increasingly in autonomous technology as militaries around the world look for cheaper and safer ways to maximise their resources.

Britain in January signed a GBP 30 million ($42 million) contract with the Belfast unit of Spirit AeroSystems (NYSE:SPR) for a similar type of pilotless aircraft to have a trial flight in the next three years.

During the test flight in Australia, the Loyal Wingman took off under its own power before flying a pre-determined route at different speeds and altitudes to verify its functionality and demonstrate the performance of the design.

The first Loyal Wingman is being used as a foundation for Boeing's Airpower Teaming System, a service being developed for various global defence customers.

Boeing said additional Loyal Wingman aircraft are currently under development, with plans for teaming flights scheduled for later this year.

The plane maker has previously said up to 16 of the Loyal Wingman jets could be teamed with a crewed aircraft for missions.