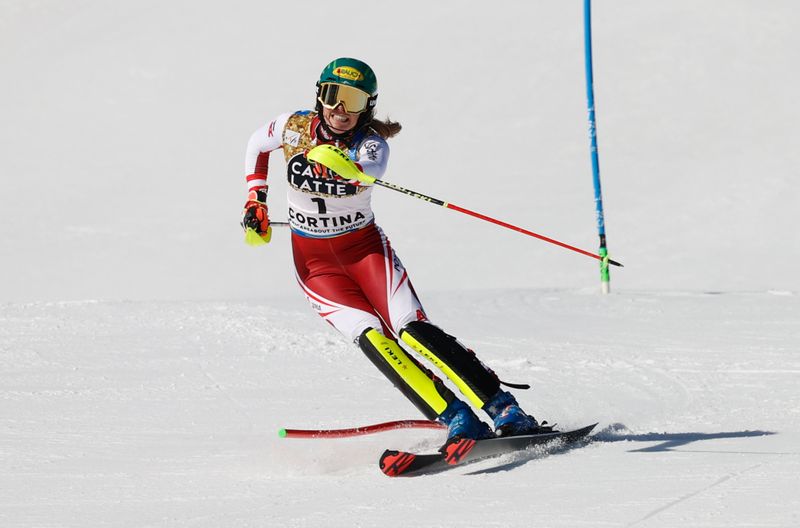 Liensberger, who already has a shared parallel gold and giant slalom bronze, was the first of 107 starters and completed the 62-gate run with a time of 48.48 seconds on a bright morning in the Dolomites.

Shiffrin, starting fourth, completed her run a surprise 1.30 seconds off the pace to rank fourth overall and with everything to do in the second run.

She was already 0.74 behind at the first split time and the gap only grew bigger.

The American is the only skier, male or female, to have taken the title in the same discipline at four world championships in a row.

She is also the U.S. skier with most world championships golds (six) and medals (10).

Slovakia's overall World Cup leader Petra Vlhova was in second place, with 0.30 to make up in the second leg, while Switzerland's Wendy Holdener was third and 1.24 off Liensberger's time.

Between them, Shiffrin and Vlhova have won all but one World Cup slalom since January 2017.

Italy's Federica Brignone ended her championships in disappointment, the reigning overall World Cup champion hitting a gate and falling in her last attempt to medal on home snow.

Switzerland's Michelle Gisin, bronze medallist in the combined and the only skier to break the Vlhova-Shiffrin World Cup slalom stranglehold, also failed to complete the first run as did Austria's Katharina Huber.